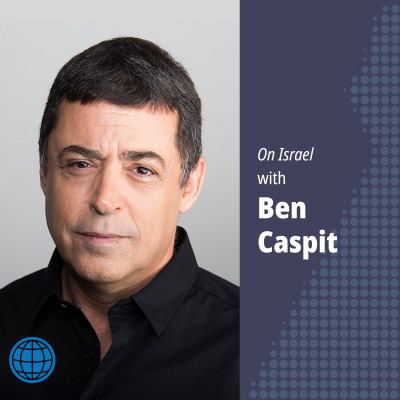 On Israel with Ben Caspit, an Al-Monitor podcast

Ben Caspit, an Israel correspondent for Al-Monitor, brings you weekly interviews with newsmakers and officials to discuss the latest news in Israel. Ben is no stranger to broadcast, hosting a daily radio show from Tel Aviv and frequently appearing on television and radio programs. Caspit is one of Israel’s most in-demand journalists and his columns – deeply sourced and vividly written -- are must reads for his take on the latest political developments. His most recent book is The Netanyahu Years, chronicling his reporting on Israeli Prime Minister Benjamin Netanyahu (Bibi) ever since he came to power in 1997.