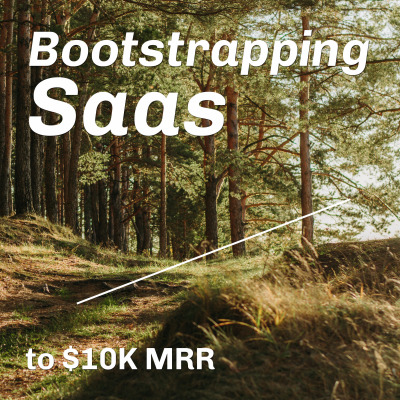 Bootstrapping Saas is a podcast where I document my attempts at getting to $10K in MRR with my Saas products as a one man show (designer, developer, marketer). I cover things like sales strategies, failed attempts, successful outcomes, lessons, and a few personal things here and there. Once in a while I bring in a guest where we talk The show is roughly prepared with bullet points, but mostly a free rain of thoughts with whatever is going on that week. The first 40 episodes have been mostly about Claritask, starting with Episode 41 I cover more attempts, ideas, findings, and other potential products. Get in touch via twitter at https://twitter.com/valsopi