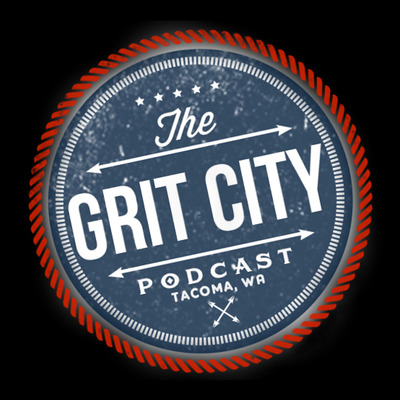 The Grit City Podcast is a weekly podcast, hosted from Tacoma, WA. - Affectionately called "Grit City" by people who know and love it. Every Monday we release an episode highlighting business owners, entrepreneurs, authors, artists, and unique characters we know or happen to run into. Most often these are people that we feel personify the blue collar, hard work ethic people associate with “Grit”. Sometimes it's a drug-fueled weirdo that we just met, drunk at a comedy club the night before. No matter what or who we are recording we want you to feel like you're hanging out with friends and taking part in a community of unique and interesting people. The Grit City Podcast was launched during the summer of 2014 and had over 120 episodes between 2014 and 2017. The founders and original hosts are technology workers who met on the job and bonded over a common interest in the Seattle/Tacoma area. After a short hiatus at the end of 2017, The Grit City Podcast rebooted in 2018 with more friends and family involved. GCP's goal is to become the "Must Listen To" podcast around the Pacific Northwest, with a fan base of people around the world. People who identify with "Grit" and understand that The Reputation is Real. We would love to hear how you found us. Get in touch here (/contact/) or: info@gritcitypodcast.com Looking for a way to support the show? Stop by the Store (/store) and pick up some Merch or Check out our Patreon page (https://www.patreon.com/GritCityPodcast): https://www.patreon.com/GritCityPodcast