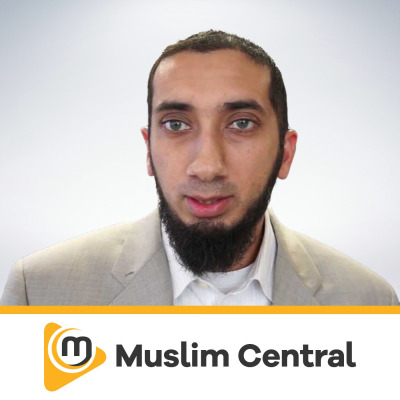 Nouman Ali Khan is the founder and CEO of Bayyinah and serves as a lead instructor for several programs including Dream, traveling seminars and Bayyinah TV. His serious Arabic training began in the U.S. in 1999 under Dr. Abdus-Samie, founder and former principal of Quran College in Faisalabad, Pakistan. Khan  served as a professor of Arabic at Nassau Community College until 2006 when he decided to take Bayyinah on as a full-time project. Since then he has taught more than 10,000 students through traveling seminars and programs. He currently resides in Dallas, Texas and is focusing on teaching his students, developing Arabic curricula and filming material for Bayyinah TV. Nouman Ali Khan, who was of Pakistani descent and was born in Germany on May 4, 1978, spent his early years in the former East Berlin. Khan attended the Pakistan Embassy school from second through eighth grade while his father was employed by the Pakistani Embassy in Riyadh, Saudi Arabia. Khan was a teenager when his father decided to relocate the family to New York.