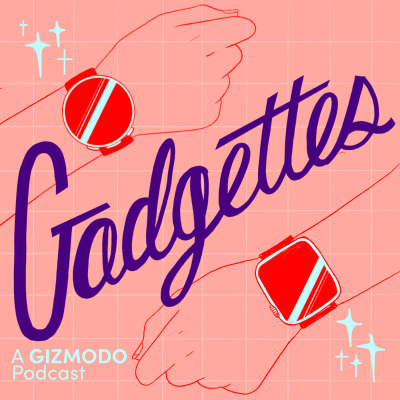 19. The Queen Is Not Dead, and Neither Is the Mac

This week on Gadgettes, we're womansplaining why the Queen of England is not dead yet. We'll tell you how the monarchy is the next target of conspiracy theorists and why you shouldn't believe every picture you see. Then, we'll walk you through everything Apple announced at its event. Is that new Mac Studio worth its starting price of $2,000? And how ultra is the new M1 Ultra from Apple? Finally, we fangirl over fake meat.  Be sure to follow us on Twitter at @Gizmodo or send us an email at gadgettes@gizmodo.com!  The Queen Is Not Dead Viral Photo of Queen Elizabeth Shaking Trudeau's Hand is Fake Apple is now a computer company againEverything Apple Announced at Its 'Peek Performance' Event Apple's New Mac Studio Is a Compact Desktop With Groundbreaking PerformanceReview: Impossible Foods' Wild Nuggies Are Delicious See Privacy Policy at https://art19.com/privacy and California Privacy Notice at https://art19.com/privacy#do-not-sell-my-info.