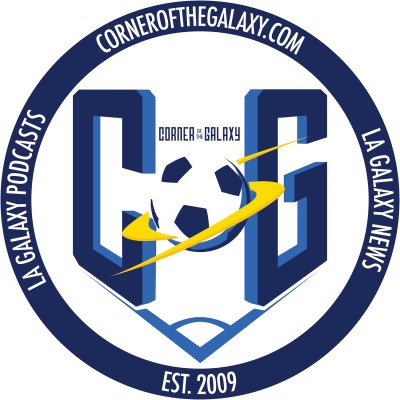 Corner Of The Galaxy

Corner Of The Galaxy

Corner of the Galaxy is a weekly Internet Radio Show dedicated to covering the LA Galaxy. Founded in 2009, we've done over 700 hundred individual shows focused on just one team in Major League Soccer. 2020 Lineup: Josh Guesman (Host, LA Galaxy Beat Reporter, Producer, Creator), Eric Vieira (Co-Host, Video Lead, Writer), Kevin Baxter (Co-Host, LA Times Soccer Writer), Larry Morgan (Co-Host, LA Galaxy Beat Reporter), Sophie Nicholaou (Co-Host, Soccer Reporter) We've featured many high profile interviews, including: Dennis te Kloese, Robbie Keane, Omar Gonzalez, Bruce Arena, Dave Sarachan, Mike Magee, Todd Dunivant, Robbie Rogers, Sean Franklin, Chris Klein, Pat Noonan, Alexi Lalas, Taylor Twellman, Brian Dunseth, Nigel De Jong, Dave Romney, Chris Klein And many, many more. It is our mission to provide you first-class LA Galaxy information in a timely, professional, and entertaining fashion. And with many of our co-hosts holding media credentials for the LA Galaxy, you are getting first-hand knowledge from some of the brightest minds in the media and beyond. We'll give you our opinions, and we'll strive to keep you entertained while you learn of the latest happenings across the wide Galaxyuniverser. Of course, CoG isn't just a show. It's also a group of passionate people. And without the fans, the listeners, and the beautiful community that supports soccer in southern California, this LA Galaxy podcast would never have been around for so long. We're 12 season's into a lifetime of Galaxy coverage. So what are you waiting for? We've got tons of LA Galaxy information to break down, and we're always planning our next show. We'll see you at StubHub Center.