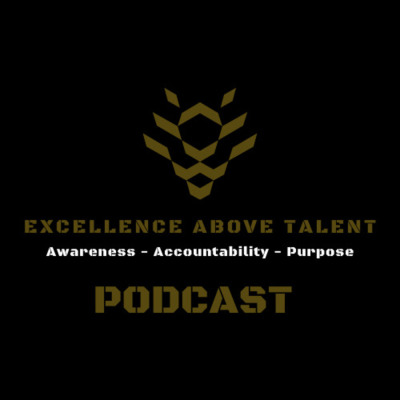 The Excellence Above Talent podcast was started because of death trauma and pain. Men are 3.6 times more likely to commit suicide than women. Men predominantly do the violence that happens in the US. Men in the United States predominantly commit domestic violence and sexual assaults. Ninety percent of the prison population are men. I want to start a conversation to get clarity and insight on why this is happening. Families are being destroyed, lives are being lost, and people are hurting from the hands of men, men who were supposed to be the providers and protectors of their families. As a BIPP (Batterer’s Intervention and Prevention Program) Director for 4 years, I have had numerous conversations with men about why they thought abuse was necessary or did not even know they were abusers. The conversation had in our class helped open my eyes and the eyes of other men. I found out that men want to talk about these issues, but there is no platform or space, so we keep quiet, not wanting to challenge the status quo. The Excellence Above Talent podcast will do just that; it will challenge everything we think manhood is. Join the conversation and let us fight for the state of man because this next generation of young men needs us too.