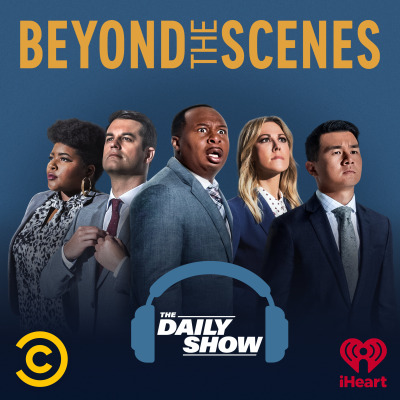 Beyond the Scenes from The Daily Show with Trevor Noah

Imagine The Daily Show, but deeper. Host Roy Wood Jr. dives further into segments and topics covered on The Daily Show — from racial injustice to gun control to K-pop. Each week, he’s joined by Daily Show writers, producers, correspondents, as well as outside experts to unpack a different topic or segment in a way that's hilarious, nuanced, and compelling. Beyond the Scenes features a rotating cast of The Daily Show correspondents including Desi Lydic, Dulcé Sloan, Ronny Chieng, and Michael Kosta, as well as contributors Jordan Klepper and Lewis Black. New episodes every Tuesday.