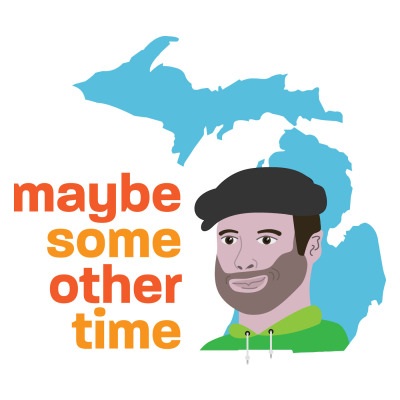 Maybe Some Other Time

Hi! My name is Carl Johnson. I'm a working comedian from Michigan and have been doing stand up comedy since 2010. I'd like to think of this as the unofficial Michigan comedy podcast. I know what you're thinking. "Michigan has a comedy scene"? Yes...and it's very good! There's a lot of talented, funny people here, more than you think. I love talking to funny, complicated humans. They're my people. I sit down with a Michigan comedian or a comedian with Michigan ties each week and it's an honest, raw, and fun conversation. Join me to get to know one of the most underrated comedy scenes in the country and the funny people behind it.