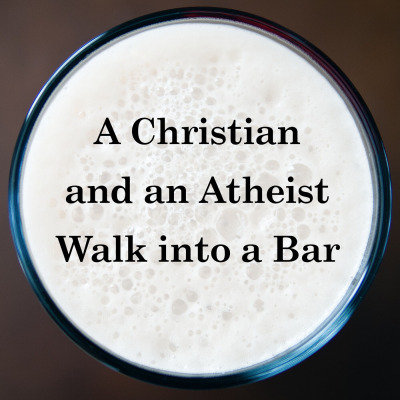 A Christian and an Atheist Walk into a Bar

Neil Newton and Phil Thompson have been talking about religion, philosophy, politics, music, sports, and pretty much anything they felt like talking about every since they became friends while working together at the University of Pittsburgh in the 20-teens. Though Neil is an Atheist and Phil is a Christian, they found that they agreed on more things than not, especially the evils of instant replay! ACAAAWIAB will explore topics like debt, heaven and hell, the Biblical Jubilee, philanthrocapitalism, and many others. Neil and Phil enjoy these conversations, so they figured there's a chance you will too. Original theme music written, performed, and produced by Neil Newton and Phil Thompson. christianathiest.pod@gmail.com