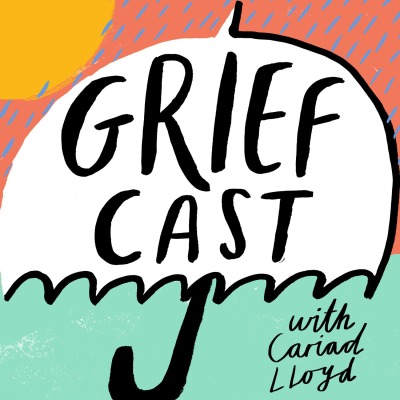 My goal right from the beginning was that I wanted it to be a podcast that, when it stopped, you didn’t feel worse,” says Cariad Lloyd, host of Griefcast, a weekly interview podcast where media personalities share stories about loved ones they've lost. “We’re all in this club that no one asked to join, and it’s really helpful when you realize there’s other people in the club. Part of grief is feeling quite isolated, so when you realize, ‘Oh, it's not just me,’ It does help.” In each episode, Lloyd makes space for natural, unhurried conversations for her guests to talk about death where, in her words, “Nobody’s going to change the subject.”In 2016, the British actor, comedian, and writer came up with the idea of starting the show when she realized a lot of her comedian friends were doing podcasts. It coincided with her talking about her dad publicly, who passed away from pancreatic cancer when she was 15. “I’d kept it this hidden thing,” she says. "So once I started the podcast, and once people knew, people wanted to talk to me about it. It became this place where I could finally have those conversations I yearned to have.”The multiple award-winning podcast—which recently celebrated its fifth anniversary and launched its eighth season—has evolved from Lloyd talking to her comedian friends in the UK to inviting a broader range of guests including actors, writers, and producers, allowing her to focus on more specific types of grief. This approach has been especially helpful for her listeners during the global COVID-19 pandemic, steering the show to become a salve during a time when grief has become a more prevalent topic. “I feel really glad that, when the pandemic hit, there was a bank of episodes for people to scroll through— because I feel that's been quite helpful in some ways,” she says. “When you lose someone, you often want the world to stop, and it's enraging that it doesn’t. And the world did stop. It's part of the important process of grief, that the world carries on. And that's really helpful because it reminds you that, ‘You know what? I need to carry on.’Funny people talking about death and grief, a podcast. Hosted by Cariad Lloyd.Podcast of the Year 2018 / Best Podcast ARIA 2018 / Rose D'or Nominee 2019You Are Not AloneSupport this show http://supporter.acast.com/griefcast. Our GDPR privacy policy was updated on August 8, 2022. Visit acast.com/privacy for more information.