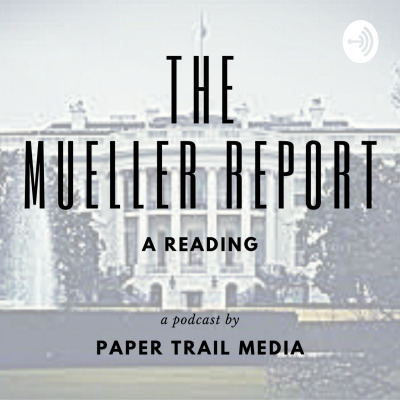 The Mueller Report: A Reading

If you've watched even one news broadcast over the last couple of years you know that Special Counsel Robert S. Mueller, III, has been busy. He has spent the last 22 months investigating Russian interference in the 2016 U.S. presidential election and the subsequent attempts by the president, Donald Trump, to obstruct said investigation. Now that the findings of his investigation have been released, it's important we read them for ourselves. However, since you might not have time to read a 448-page, information-dense, legal report, I've decided to read it to you. Support this podcast: https://anchor.fm/the-mueller-report/support