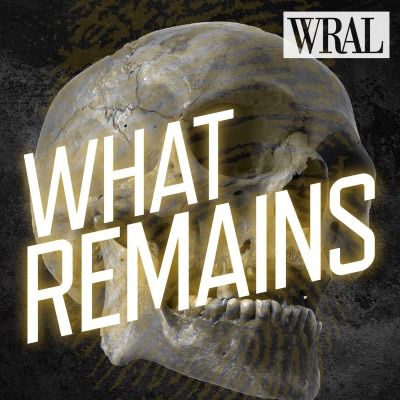 True crime meets forensic science in the What Remains podcast from WRAL Studios. With no ID, human skeletal remains often end up at medical examiners’ offices where they sit in storage closets for years, gathering dust as evidence slowly disappears. These are some of the most difficult cold cases to crack. Unsolved murders. Missing people never identified. Families without answers. Every year in the United States there are 600,000 missing person reports and 4,400 sets of unidentified human remains are found. But matching the remains to the missing people is not an easy task.   Meet the passionate scientists, investigators and volunteers dedicating their lives to the seemingly impossible: matching missing persons to unidentified human remains. WRAL Studios presents What Remains, hosted by veteran crime reporter Amanda Lamb.