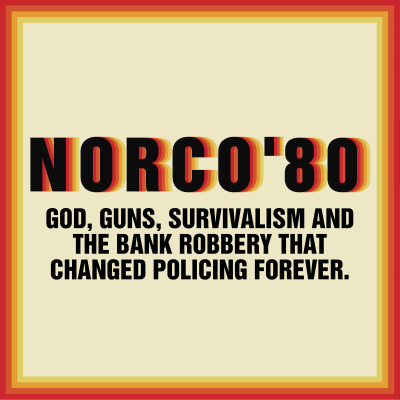 In May of 1980, the sleepy streets of Norco, California were turned into an all-out war zone in what is one of the most violent bank robberies in American history. From LAist Studios in collaboration with Futuro Studios comes the new podcast—Norco ’80 based on the book by Peter Houlahan. Listen as host and producer Antonia Cereijido tells the unbelievable true story about God, guns, survivalism and the bank robbery that changed policing in America forever. Using eyewitness testimony and never before heard police tapes, Norco ’80 takes listeners on a wild ride, and serves as a cautionary tale in the context of America being immersed in the middle of an economic crisis, revamped end of the world paranoia and a complex conversation about policing.