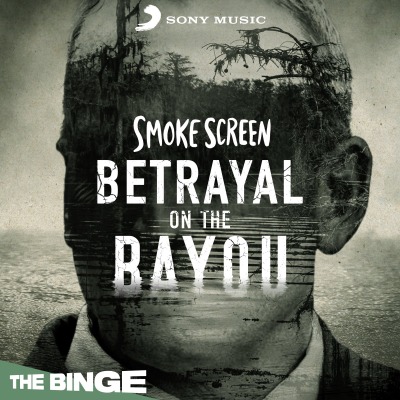 Smoke Screen is an investigative documentary series on people with complex motives and morals. Follow characters on the fringes of society — con artists, cult leaders, corrupt politicians — as they seduce their marks and bend communities to their will. Join us as we unravel their stories and bring justice to the people they’ve deceived. For advertising opportunities, contact podcastadsales@sonymusic.com. SEASON 4: Puppy Kingpin Americans are used to being on the lookout for a scam, but authorities are warning of a new kind of fraud. Puppy Kingpin shines a spotlight on Jolyn Noethe, a secretive businesswoman from Iowa who is accused of laundering puppies much like drug money. Investigative reporter Alex Schuman exposes the scheme and an underground part of the industry bringing us the pets we love. From Neon Hum Media and Sony Music Entertainment. Smoke Screen: Puppy Kingpin is available June 16th. Subscribe on apple podcasts to binge all episodes or listen weekly wherever you get your podcasts. Smokescreen: Puppy Kingpin is part of The Binge - a new podcast channel from Sony Music Entertainment. The Binge: All Episodes, All at Once. Coming Soon. SEASON 3: The Sellout Councilperson Jose Huizar grew up in Boyle Heights – a working-class Latinx neighborhood in L.A. For the most part, people trusted Huizar... until the day the FBI raided his home and offices, looking for evidence of a criminal enterprise. He stands accused of taking bribes from luxury developers as his constituents were displaced from their homes. Produced in collaboration with LA Taco, journalist and host Mariah Castañeda investigates how Huizar got the power to do what he did, and how the community that raised him paid the price. SEASON 2: I Am Rama To some he was an enlightened master, and to others a dangerous cult leader. One thing’s for sure, the spiritual leader Rama was a product of the 80s: designer clothes, a rock band, sports cars and a modern message were only some of the things that made Rama a fascinating and complex teacher. Host Jonathan Hirsch explores his life and untimely death. SEASON 1: Fake Priest Ryan Scott, known to some as “Father Ryan,” was no ordinary con man. He’d been accused of abusing followers and enriching himself with their money. He's left a wake of angry people across multiple states. And that’s not all. There are questions surrounding the brutal deaths of two priests he associated with. Investigative reporter Alex Schuman explores Scott's bizarre, quizzical, and sometimes dangerous world.