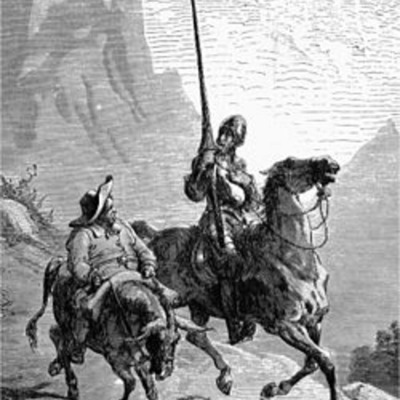 Your host, Stephen Hessel, has read Cervantes's works obsessively for almost 20 years. Convinced that you can say both everything and nothing about the masterpiece Don Quixote and Cervantes's lesser read works, he has set out to test his hypothesis by having conversations with both expert "Cervantistas" and other "idle readers" whose thoughts about Cervantes, his works, and our world will both inform and entertain. Pop in your earbuds, click play, and join us for our adventures on "Pod Quixote"! Stephen Hessel is an Associate Professor of Spanish at Ball State University.