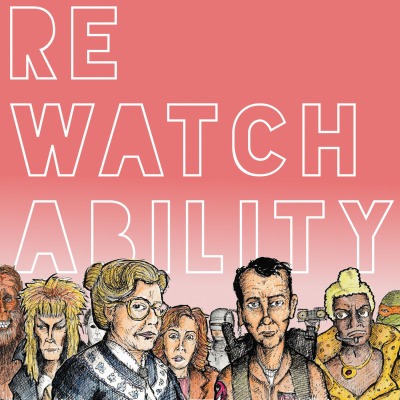 Rewatchability is a comedic pop-culture nostalgia podcast hosted by J.M. McNab, Rob LaRonde, and Blain Watters. It is produced independently in Toronto, ON. The show began in the summer of 2011. In 2012 it was profiled by The A.V. Club and in 2015 our podcast appeared on CBC Radio’s Podcast Playlist. The aim of the show is to re-watch movies and television shows from when we were younger, and review them in an interesting and hopefully humourous way. Hopefully. Rewatchability contains coarse language and immature subject matter; our main goal is to be funny, so please don’t take anything too seriously… especially you Ghost Dad.