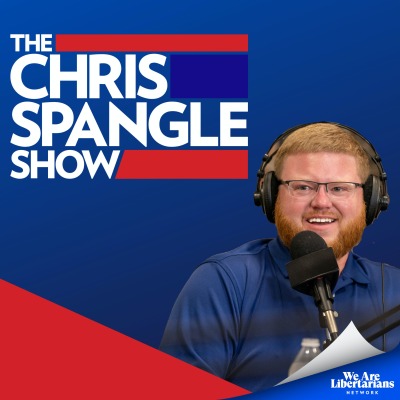 We Are Libertarians with Chris Spangle

We Are Libertarians helps you sound smarter while talking to your friends. If you struggle to understand politics, we explain it from an independent, libertarian point of view with all of the irreverence it deserves. We toss out the screaming heads, put people before political parties, and give context to the news to make you think. We exist to demystify, delegitimize, and desanctify government. Our host is Chris Spangle, a fifteen year veteran of politics and media. He leads a discussion amongst friends and high-profile guests that span the libertarian spectrum of thought. Founded in 2012, the main podcast posts on Wednesdays. The show is made up of several series. The majority of episodes are episodes explaining a story in the news. We label these so you can easily look up episodes in the RSS feed by keyword. - The Swamp Explained is a look at the inner workings of Washington DC with Rob Quartel. - The Path to Libertarianism features interviews with prominent libertarians discussing the influences that led them to libertarianism. - Path to Libertarianism Q&A takes all of the basic questions that new libertarians may have about the philosophy and answers them. - The Cost – The Human Toll of Public Policy is a conversation with someone that has dealt with the true costs of government intervention. - Libertarian Politics and Policy is a short look at how libertarians would organize society. (Formerly WAL Daily) - We occasionally feature political and ideological debates. - We also offer two bonus shows for our Patreon members. Ideological Origins is an in-depth look at how political ideas have developed through history. Build the WAL is a show that discusses the inside details of building a platform like WAL. Join Us! Subscribe to the podcast: https://link.chtbl.com/we-are-libertarians Support us on Patreon - https://www.patreon.com/wearelibertarians Get The Libertarian Aurora email - http://eepurl.com/dDQSev Join the Facebook Group - https://www.facebook.com/groups/wearelibertarians Listen to WAL Network Shows - https://wearelibertarians.com/shows/ Subscribe to the YouTube Channel - https://www.youtube.com/user/WeAreLibertarians Start a Liberty & Chill - https://wearelibertarians.com/liberty-chill