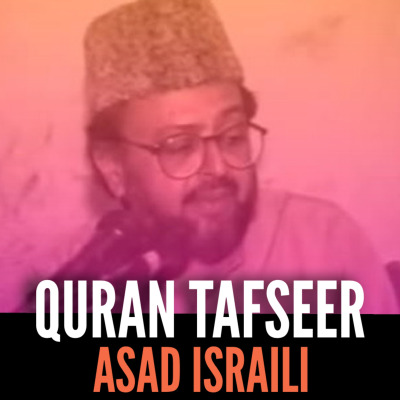 Quran Tafseer and Seerah (Biography) of Prophet Muhammad SAW in Urdu by Asad Israili About Asad Israili Molana Zeeshan Asad Israili Qasmi Sambhali was a famous Islamic scholar. Asad Israili was his pen name, so he is famous by this name. He was a great orator, poet of Urdu and author but he is famous for his writing skills and he was known as a commentator of the Quran. He started a series of Dars e Quran in 1984. His only wish was to spread the message of the Quran widely. He wanted to involve more and more people in this work.