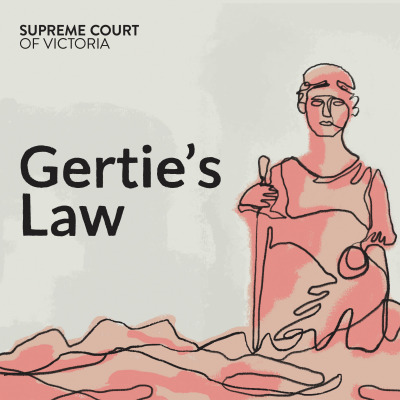 Drama has unfolded in these courtrooms for more than 130 years, from serial murderers and gangland wars to multimillion-dollar commercial disputes and celebrity defamation cases. Follow Greg Muller and Evan Martin as they take a step behind the bench of one of Australia’s oldest institutions and hear from judges as they explain why they make the decisions they do. Gertie's Law takes a deep dive into some of the lesser-known, misunderstood or complex parts of the court’s work, such as sentencing, mental health, juries and the criminal trial process. Revisit historic cases, meet the many people who work here, from judges to Corrections staff, and take a close look at how a modern justice system operates in a 19th century building. Authorised by the Supreme Court of Victoria, 210 William St, Melbourne