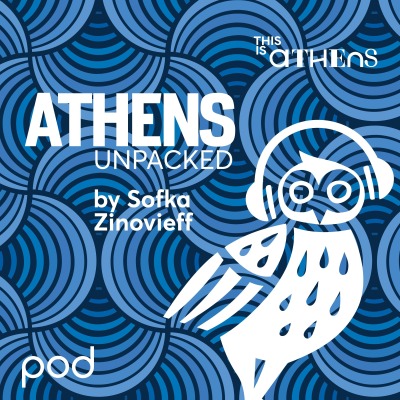 From popular songs to great poets. Sofka meets Lysandros Falireas, founder of the fusion band Imam Baildi. They unpack how the Asia Minor refugees of 1922 established rembetika (or ‘Greek blues’) in Athens. The celebrated singer Elly Paspala discusses her collaboration with two of the greatest Greek composers: Mikis Theodorakis and Manos Xatzidakis and how they used poetry from Nobel-prize-winning Greek poets. Former UK Ambassador, John Kittmer, reveals his deep love for the poet Yiannis Ritsos who collaborated with Theodorakis when both were imprisoned by the Junta. Finally, translator and bicycle tour guide Joshua Barley dives into why dimotika traditional village ‘folk’ songs are so popular in Athens.