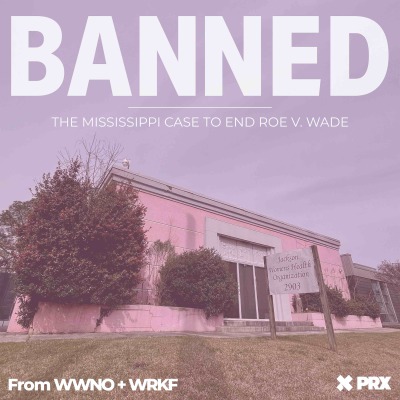 A leaked draft Supreme Court opinion suggests the US Supreme Court is poised to overturn Roe versus Wade, ending the constitutional right to an abortion in the United States. How did we get here? This is Banned, a new narrative podcast that tells the story of how one Mississippi law could end the right to legal abortions in the United States — and overturn Roe v. Wade. Hosted by journalist Rosemary Westwood, Banned is a production of WWNO New Orleans Public Radio, WRKF Baton Rouge Public Radio and PRX.