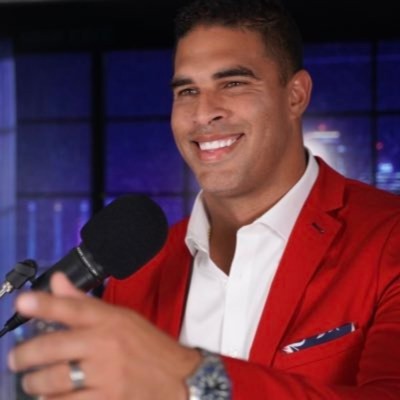 Brandon Mason is an American television personality, journalist, and former American football player. He played his college football career at the University of Pittsburgh and Stony Brook University. Due to a knee injury he ended his football career with workouts for the New York Giants and Miami Dolphins. Following his football career, Mason continued his talents in the media as a Sports Analyst and Entertainment. He was also seen on the Howard Stern Show speaking about the importance of health and fitness.