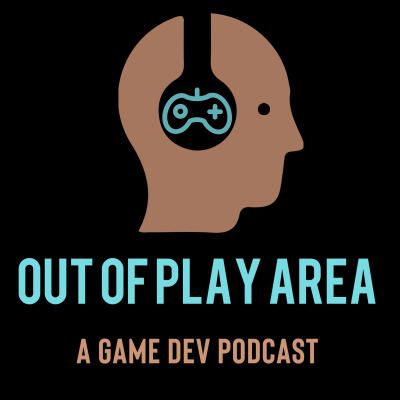 Out of Play Area

A bi-weekly video game development podcast by John R. Diaz, a veteran game designer who goes 1:1 in candid conversations with the developers behind today‘s hit games where we discuss their journey and learnings in this wild industry with no punches pulled. John is a kid born to emigrants from the Dominican Republic in New York City, raised with lots of love, off of food stamps & welfare, where English was not his native language, who got lucky enough to find his passion in developing video games. It took him years in college before figuring out that video game development was something he could learn and do. It wasn‘t until 2007 when he got his lucky 1 in a million chance to get his foot in the door, which required him to move away from all of his family into a city that he knew no one in, Austin Texas to work on his first game Blacksite Area 51 with Midway Games. Since then he‘s gone on to work on some of the biggest games of our time including Grand Theft Auto V and both Red Dead Redemptions. However that road was long, exhausting, and expensive, and it didn‘t have to be. That‘s why he‘s making this show. The video game industry needs more people from all walks of life, beliefs, countries, cultures, languages, shapes, sizes, and origins to make the next big game the world wants to play. If John could do it so can you. This show is all about sharing the experiences of his network, the developers behind the games you love and play, including Game Designers, Animators, Artists, Producers, Engineers, Testers, Directors, Writers, and everything in between, sharing their stories and advice, to answer all those questions you have about how video games are made, and how do you even become a game developer. If you are making video games or want to make them this show is for you, the current & future video game developers where we discuss our art and motivations out of the lines, out of the play area. This is to help put you on to get the opportunity to make the video games you want to play, by hearing how they are made and how the people got here. http://outofplayarea.com Connect with us on Twitter @OutOfPlayArea & the host John R. Diaz. @ElKingpin