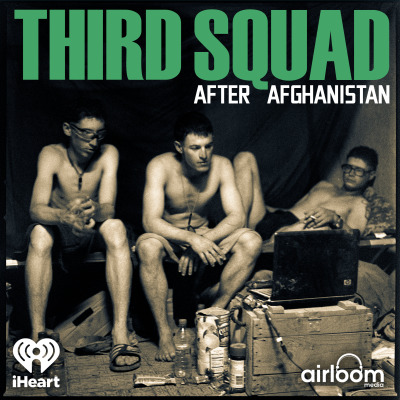 In 2011, veteran and journalist Elliott Woods embedded with the twelve Marines of Third Squad in one of the most violent parts of Afghanistan at the height of the war against the Taliban. Only eleven of the twelve would make it home. A decade later—with America’s chaotic withdrawal from Afghanistan looming—Elliott goes on a cross-country road trip to track down the Third Squad survivors, to talk about the war and coming home, and to ask: What was it all for? And where do we go from here?    Third Squad is a 12-part documentary podcast hosted by Woods and produced by Airloom Media. New episodes every Thursday starting October 21, 2021.