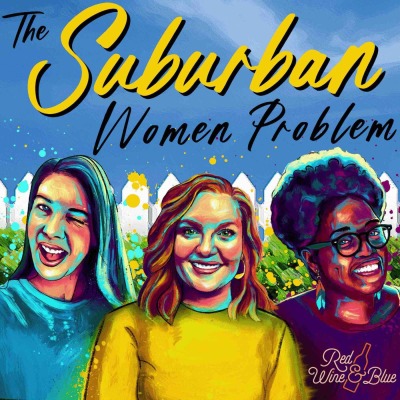 Rachel Vindman thought she’d be a card-carrying member of the GOP forever, until President Trump called her husband a traitor. Microbiologist Jasmine Clark never dreamed of running for office, but then 2016 happened -- now she’s the first Black woman ever elected to represent her suburban district. A US Air Force Veteran turned economist, Amanda Weinstein used to listen to Focus on the Family and lecture her peers about abortion until she couldn’t reconcile her faith with today’s GOP. In the most hotly contested districts in America, suburban women are breaking up with the Republican Party and remaking American politics -- transforming their own lives and getting political for the first time. Each week, Rachel, Jasmine, and Amanda find out why. Want to know what’s causing the GOP’s suburban women problem? Tune in for a political journey through the minds of suburban women, brought to you every Wednesday by Red Wine & Blue. Now in Season 2!