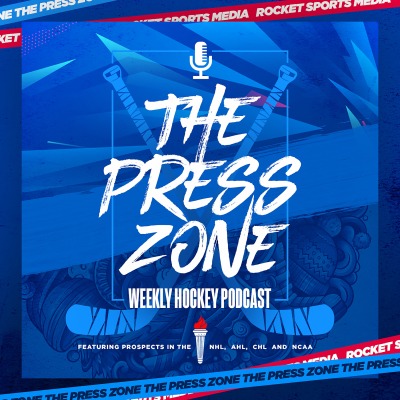 The Press Zone from Rocket Sports Radio is hosted by two credentialed sports journalists from AHLReport.com to discuss hockey prospects playing in the NHL, AHL, CHL and NCAA. This podcast offers you two original shows per week released as The Press Zone - Montreal (featuring reports on the Montreal Canadiens and Laval Rocket) and The Press Zone - Philadelphia (featuring Philadelphia Flyers and the Lehigh Valley Phantoms.) These engaging podcasts are also your premiere source for the American Hockey League (AHL). With strong connections throughout the hockey community, our experienced hosts bring you the stories you won't hear anywhere else. These talented hockey reporters have spent thousands of hours in arenas all over North America to deliver information on the drafting, development and transition of prospects.