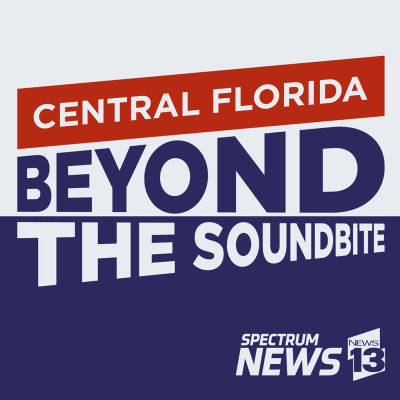 Central Florida: Beyond The Soundbite

Political figures and influencers are often heard in brief bites that don’t capture the context of the whole story. “Central Florida: Beyond the Soundbite” expands the conversation with these newsmakers along the I-4 corridor and beyond. Join award-winning Spectrum News 13 anchor and Orlando Woman of the Year Ybeth Bruzual, political reporter Greg Angel, and veteran producer Gary Darling for a must-hear interview each week and learn about the issues affecting Central Florida.