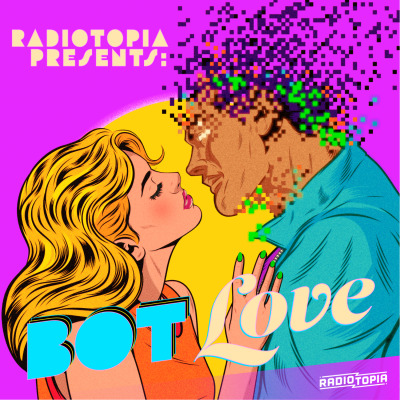 Gina’s pro-Black, political-yet-entertaining podcast is a welcome balm to her community. If she could only drown out the roar coming from outside. Dru comes to help, but she gets trapped too. Gina and Dru are two African-American women who can't leave, can't stay. It's about America. It's about time. a hit dog will holler is written by Inda Craig-Galván. It is produced and directed by Gisele Regatão. Mixing and sound design by Sandra Lopez-Monsalve, with help from Isabel Hibbard. Music by Christina Gaillard. Performed by Cynthia K. McWilliams, J. Nicole Brooks, and Jacqueline Guillen. Show art by Yee Eun Nam. For Radiotopia Presents, Mark Pagán is the producer. Production support from Yooree Losordo. Audrey Mardavich and Julie Shapiro are the executive producers. It’s a production of PRX’s Radiotopia and part of Radiotopia Presents, a podcast feed that debuts limited-run, artist-owned series from new and original voices. This podcast was recorded under a SAG-AFTRA Collective Bargaining Agreement.  Thank you to WNYC News, social media citizen journalists and the community at Freesound for the audio of Black Lives Matter protests and other sounds used to create this story. Special thanks to Jose Valenzuela for lending extra ears, and to Aura and Kelly Monsalve for allowing the almost destruction of their piano. No pianos were harmed in the making of this program. Support for this project was provided in part by a PSC-CUNY Award, jointly funded by The Professional Staff Congress and The City University of New York. Learn more about a hit dog will holler at radiotopiapresents.fm and discover more shows from across the Radiotopia network at radiotopia.fm.