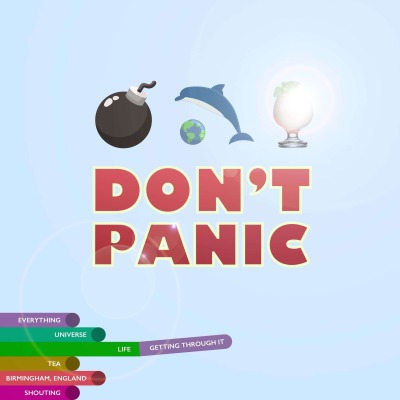 Beware of the Leopard: the Hitchhiker's Guide to the Galaxy podcast

New additions to the book with the famous words "Don't Panic" on the cover. Smart and funny, fusing real-world observation with a writing style Douglas Adams fans have sorely missed. With each topic, the panel of authors and performers present an essay in the style of a Hitchhiker's Guide entry, which is then discussed in a format that fans of BBC radio comedy know well, but with a 21st century twist. Whether you've only read the first book, seen the film, or are completely new to the world of Arthur Dent and his friends, Beware of the Leopard will make you chuckle, and if you're a really cool frood, you'll love the team's attention to detail. And if you're new our podcast, check out our previous season in which the team discussed every known thing in Douglas Adams' sprawling universe (or the Whole Sort of General Mishmash, as it's known).