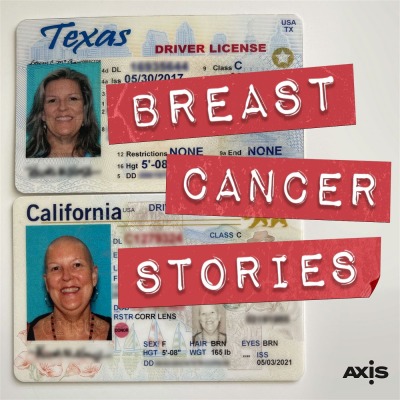 Breast Cancer Stories is about what happens when you have breast cancer, told in real time. Whether you’ve just been diagnosed with breast cancer or love someone who has, this podcast is here to help you through the shock of diagnosis and treatment. The first season of Breast Cancer Stories follows Kristen Vengler, a 56 year old single empty nester in San Diego, from her diagnosis of hormone positive breast cancer through chemotherapy, double mastectomy & breast reconstruction, radiation, and whatever happens after that. In 2020, Kristen moved from Austin to San Diego to start her life over after a life-shattering workplace trauma. A few months later she had that terrifying moment in the shower we all hope we never have. The second season follows Natasha Curry, a palliative care nurse practitioner at San Francisco General Hospital, throughout her experience of going from being a nurse to a patient after being diagnosed with breast cancer. Like Kristen, Natasha was working to overcome a massively traumatic event at the time of her diagnosis. Natasha was in Malawi on a Doctors Without Borders mission in 2021 when her husband of 25 years announced in a text message that he was leaving. She returned home, fell into bed for a few weeks, and eventually with the help of her friends she pulled herself together and went back to work. A few months later when she discovered an almond-sized lump in her armpit, she did everything she tells her patients not to do and dismissed it, or wrote it off as a “fat lump." Months went by before Natasha finally got a mammogram, but radiology saw nothing in either breast. It was the armpit lump that caught their attention. Next step was an ultrasound, where the lump was clearly visible. One painful biopsy later, Natasha found out she had cancer; in one life-changing moment, the nurse became the patient.