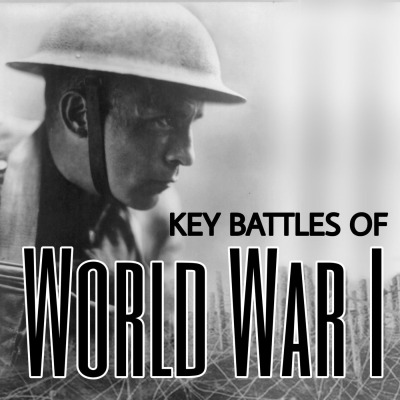 Key Battles of World War One

World War One is the watershed moment in modern history. The Western World before it was one of aristocrats, empires, colonies, and optimism for a future of unending progress. After four years of hellish trench warfare, shell fire, 10 million combat deaths, and another 10 million civilian deaths, the world that emerged in 1918 was irrevocably changed. Nation-states came out of the rubble, along with a push for universal rights. New technologies emerged, such as tanks and fighter planes. But something was lost permanently in the Great War: a sense of optimism in mankind. In this series, history professors Scott Rank and James Early look at the 10 key battles that determined the outcome of the war between the Central Powers (Germany, Austria-Hungary, the Ottoman Empire) and the Allies (Britain, France, Russia, United States).