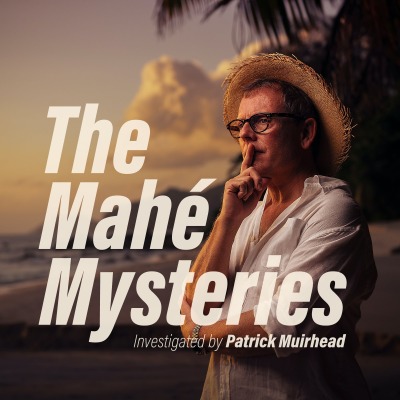 Inspired by real events – the discovery of three human skulls placed around the tropical paradise of Mahé island in Seychelles – British expatriate journalist Patrick Muirhead’s fictional tale sets him to investigate a mystery in the Indian Ocean. He soon uncovers a white aristocratic family’s dark secrets and clues to an unsolved murder committed 20 years earlier. When links emerge between the family and the illegitimate birth of a mixed-race baby, a local Catholic priest admits to killing the baby’s father – a blackmailer – and the case seems complete. But the exhumation of the victim’s body from a shallow grave on an old coconut plantation reveals injuries inconsistent with the priest’s confession. It leads Patrick to the real killer and a showdown in the mansion home of the proud family’s matriarch, the Comtesse Marie-Alise de Challis. All That Remains is the opening ten-part story of The Mahé Mysteries.Written and recorded on location by Patrick – a former BBC World Service and Radio 4 announcer living in Mahé – it explores the realities of island life and its sinister underbelly in a seemingly tranquil tropical paradise.