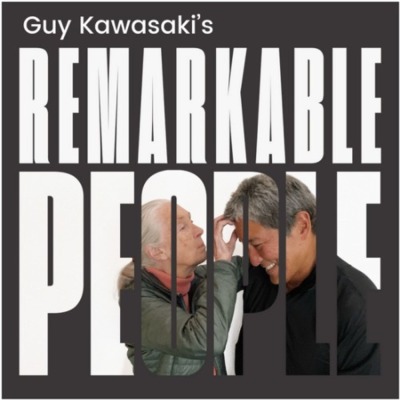 Adam Curry was one of the VJs (video jockeys) of MTV back in the 1980s. In this position, he “interviewed” some of the most popular musicians of the time including Michael Jackson and Paul McCartney. Adam is an early tech adopter and pioneer because he embraced the web and podcasting long before other people. He helped make podcasting “a thing” by collaborating with Dave Winer on podcasting technology, and he created one of the first podcasts, the Daily Source Code. In 2005 Steve Jobs previewed Apple’s podcasting efforts by playing the Daily Source Code on stage at D, the most exclusive tech conference. It is a huge deal when Steve used a product like this. Adam also started companies along the way that offered services such as web design, video-sharing, incubation, and podcasting. He currently co-hosts the No Agenda podcast with John Dvorak. Get ready for another great interview on Guy Kawasaki's Remarkable People podcast!