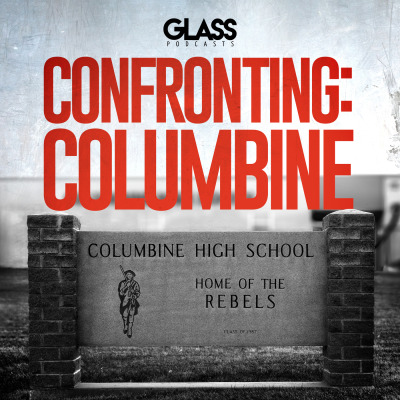 Season 2 - Confronting: Columbine The events of April 20th, 1999 shaped our nation and altered the American narrative. One of America’s deadliest school shootings took place in a small town in Colorado, leaving thirteen dead and another twenty-one severely injured. And it was all broadcast over national tv for the nation to see.  The second season of Confronting takes on one of the most prolific tragedies in American history: the Columbine High School massacre. It was a devastating example of how easily a place of learning, familiarity and peace can descend into a war zone of chaos in a moment, the teenagers present that day are now adults who bear the mental and physical scars of the carnage they lived through. Amy Over, a Columbine survivor who is still living with its aftermath and raising her own children in its shadow, confronts many of the realities, questions and myths that surround the massacre to this day. Amy, through her own experience and by speaking with survivors, investigators, classmates, reporters on the scene and other important voices, brings a first-person account of the physical, emotional and spiritual journey that comes along with confronting the worst day of her life. Season 1 - Confronting: O.J. Simpson 25 years after the crimes that ignited the "Trial of the Century" Kim Goldman, sister of murder victim Ron Goldman, is digging deep into the vicious crime that changed her life, and many others, forever. Thrust into the public eye at the age of 22, Kim was devastated when OJ Simpson was found not guilty of the murders of his ex-wife Nicole and her brother Ron. There has been much debate and confusion about what really happened the night of those brutal murders and for the first time Kim gets answers to questions that have been haunting her since the trial. She sits down with prosecutors, investigators, and witnesses who never got to speak and jurors who voted not guilty. In this 10-part series, Kim takes you on a journey as she reclaims and reflects on the part of her life that was changed permanently.