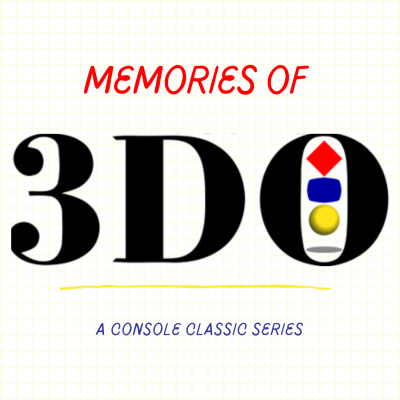 In 1993, electronics giant Panasonic released the 3DO Interactive Multiplayer, more commonly referred to as just 3DO. At the time, this 32-bit gaming console was a huge leap over competing consoles like the SEGA Genesis and Super Nintendo, both 16-bit machines. Using CD-ROM instead of cartridges, and positioning itself as a true multimedia component for your home entertainment set-up, the 3DO was, in many ways, ahead of its time. Although it was always doomed to fail, it remains a beloved part of video game history for many. In Memories of 3DO, host Danny Brown takes you on a journey looking back at the ups and - ultimately - downs of the hardware, the games, and why it was a gaming system that should have shone had things gone slightly differently.This podcast uses the following third-party services for analysis: Podtrac - https://analytics.podtrac.com/privacy-policy-gdrp