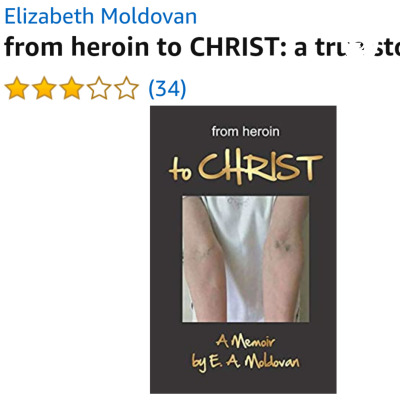 "From Heroin To Christ." - A True Story By E. A. Moldovan

Born the year her parents immigrated from Europe, in a large catholic family, she experienced poverty, neglect, sexual assault, rejection and abandonment before the age of eighteen. Her father passed away after battling cancer for eleven years, when she was nineteen years old. It was then that her world took a bad turn, when she fell in love with a drug addict/dealer. She used heroin and methadone everyday for 24 years while trying to raise her 5 children. Then life changed radically and she became homeless with her 3 year old daughter. Desperation set in and she attempted suicide.