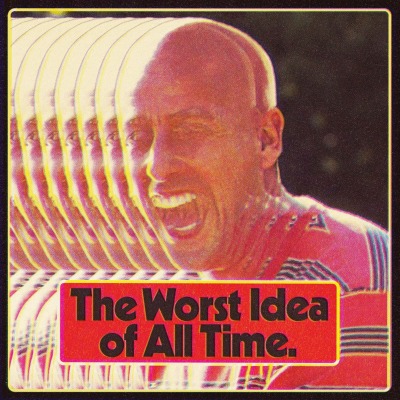 The Worst Idea Of All Time

TWIOAT is an award-winning smash hit comedy podcast hosted by kiwi comedians Guy 'Flash' Montgomery and Tim 'Timbly' Batt (known jointly as the Frost Fellas, The Boiz, etc). The pair have been punishing themselves with movies for your enjoyment since Feb 2014, starting by watching and reviewing Grown Ups 2 once a week, every week, for a full year. They applied the same treatment to Sex and The City 2, Sex and The City, We Are You Friends and are now watching and reviewing every softcore adult film in the Emmanuelle franchise. Sub projects include My Week With Cats, where the pair went to see CATS (2019) at the cinema every day for a week, and Podcast In A Tree which saw them record while in different trees around Aotearoa New Zealand. Hosted on Acast. See acast.com/privacy for more information.