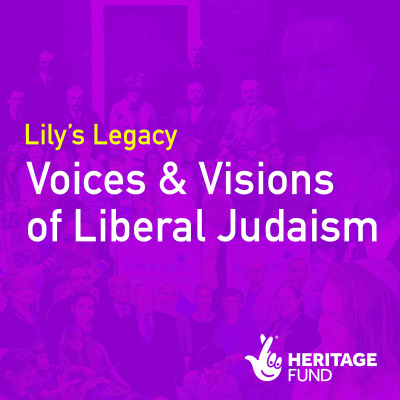 A podcast series compiled from oral histories and produced as part of a digital exhibition exploring how Liberal Judaism has evolved since it was co-founded by British visionary Lily Montagu in 1902. This podcast series of oral histories is part of the exhibition: “Lily's Legacy - Voices and Visions of Liberal Judaism”, a project supported by The National Lottery Heritage Fund. It was produced by Miri Lawrence and Lucia Scazzocchio, narrated by Harry Hurst, sound editing and design by Lucia Scazzocchio, and special thanks to all the contributors who agreed to share their stories. For more information about what you’ve just heard, do visit the exhibition website, https://lilyslegacyproject.com