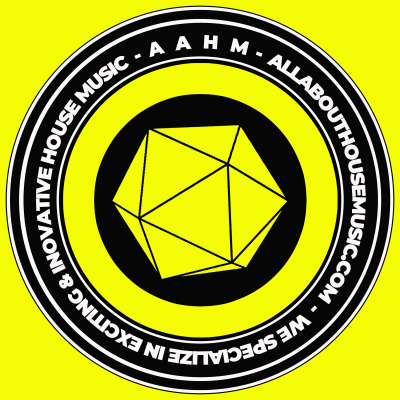 All About House Music

Born out of his deep love of house music, our very own in-house hero Mike Flux launched All About House Music as a podcast in 2020. In one year our team has fast become a family. A community of collaborators, united by our serious love of house music and our desire to share it with anyone who has our passion.We hero the music makers on our label as well as in Mike Flux Mixes, championing them to become movers and shakers. In the early 90s, he started playing live in raves in the UK. He was then known as “DJ Ballistic” because his live sets could range anywhere from Acid to house, ambient, and even Jungle. Mike Flux’s career as a DJ began in 1990 when he opened for Kenny Ken at the Quest Club in Coventry UK. After building up a reputation in the UK. Mike Flux became popular in Europe in 1991 when he performed at a festival in Glasgow, Scotland. Two years later, he moved to Cyprus for a few years to do an extended tour whilst also doing production work with numerous other artists, including Frankie Bones, Sasha, and Grooverider. In 1996 Mike went to the Mediterranean island of Cyprus making Ayia Napa the party island with a lively house scene, capturing attention with his versatility at such venues as Fresh & Funky. His passion and skills earned him the right to headline: Moondance Northumberland, UK Perception, Coventry, UKFantazia, Essex, UKBedrock, Ayia Napa, Cyprus Abyss, Ayia Napa, CyprusMylos Disco, Limassol, Cyprus Malibu Disco, Limassol, Cyprus Hippodrome, Limassol, CyprusTunnel. Limassol, Cyprus Underground, Amsterdam, Holland Space, Ibiza Passion, New York, USA Fresh & Funky, Portugal Botanica, Cumbria, UK Liquid Lounge, Newcastle, UK Voodoo, Greece Melody Radio, Limassol, Cyprus House of Dance, Durham, UKRadio Napa, Ayia Napa, Cyprus Kiss FM, Greece Womb, Tokyo, Japan In addition to building an impressive resume, Mike Flux works with a community of DJs around the world weaving a network of sounds and assembling an enclave that shares his mixes, sounds, and information. #allabouthousemusic