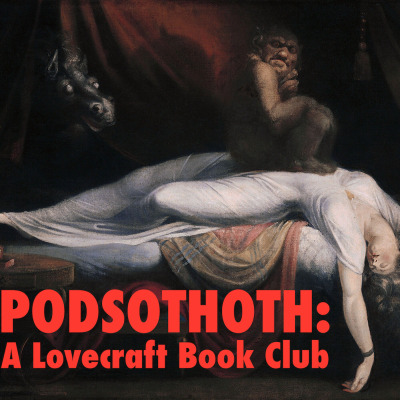 Podsothoth is a horror podcast dedicated to the works of H.P. Lovecraft, and hosted by recovering goth and internet D-lister celebrity, Tod Beardsley. The show itself comes in two flavors. Odd numbered episodes are readings of Lovecraft's stories themselves, minimally produced and ideal for falling asleep to (and having nightmares about). Even numbered episodes are discussions about, and inspired by, the previous story. The odd episodes are played straight as pure readings, while even episodes are a lot more casual, goofy, and fun. Follow the show on Twitter at @podsothoth, or email the show at hideous@podsothoth.club. Other media may crawl out from the chaos iN ThE ineffAbLE fUTUrE, beyOnD tHe KEn OF MAN OR BEAST ALIKE AND IN A TIME OF THE GREAT RETURN OF THE OLD ONES, WHO WILL F'THAGN R'YL'EHHHHH IA IA!!!!!